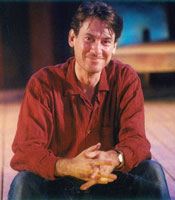 Ezra Barnes is an actor, award-winning director, producer and teacher. His numerous Off-Broadway appearances include the hit Breakfast With Mugabe, a critic’s pick of the New York Times and Best New Play nominee for the Off Broadway Alliance Awards. He received the Outstanding Director Award from the Connecticut Critics Circle for his production of The Diary of Anne Frank in 2018. A Shakespearean expert, he founded Connecticut’s Shakespeare on the Sound, considered one of the premier outdoor classical theaters in the area, and served as its Artistic Director for 14 years, directing and playing in many of the Bard’s plays. TV appearances include featured roles on Orange is The New Black, Jessica Jones, Blue Bloods, Law & Order, SVU, Bored to Death, and As the World Turns. Film appearance include Motherless Brooklyn, Noah, Joshua and Once More With Feeling. A longtime Brooklyn resident and parent, Ezra has taught theater for young people at Saint Ann’s School, the Brooklyn Conservatory of Music, Poly Prep, the Harvey Milk School and Piper Theatre. www.ezrabarnes.com

Gloria Biegler (Co-Teacher, High School Teen Actors Workout & Audition Prep) has appeared on Broadway with the likes of Nathan Lane and Hal Holbrook, in numerous regional theaters, and on television. She has taught at the graduate level for the National Theatre Conservatory, and taught and directed young actors at the Geva Summer Academy in Rochester. 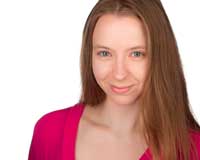 Naren Weiss, is an actor, playwright and teacher who has appeared onstage at the Kennedy Center, Geffen Playhouse, Off-Broadway and on TV shows such as Broad City, Elementary, The Brave, Deception, Law & Order: SVU and more. His plays have been performed throughout India, Singapore, South Africa and the United States. He has taught extensively in Brooklyn (Piper Theater, Brooklyn Acting Lab, Off The Page, etc.); The Bronx (M.S. 391); and received an M.F.A. from Brooklyn College, during which time he taught undergraduates. He has two little sisters in 8th grade who are so much cooler than him. 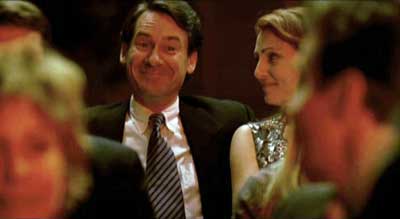 Ezra Barnes in the film Joshua.